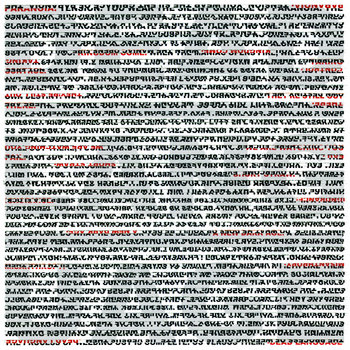 Holy shit man, you should've seen my jaw drop when I first heard about these guys. Members of Iron Lung and Walls - with the legendary Andy Beattie (No Comment, Low Threat Profile, Man Is The Bastard etc etc). You can see why I was so enthusiastic. Essentially capturing the raw fury of the 90s scene, courtesy of Beattie's relentless vocal assault and pitting it against the noisy, angular oddities of Iron Lung Record's alumni, this LP is a kick ass slice of powerviolence goodness. The slow/fast dynamics are played excellently, while the feedback and noise brays angrily in between the bursts of violence and anger. Album closer 'Misanthropy' is probably the highlight - a 9 minute juggernaut of sludgy noise rock with some brilliant atmospheric noise work, though anything off this release is gold in my eyes. Ch-ch-ch-check it out.

TRACKLISTING:
1. Paranoia
2. Kingdom Come
3. Taking Control
4. They're Still Out There
5. We Are Watching You Fail
6. Short Straw
7. Ignorance
8. A New Dark Age
9. Misanthropy