Born Against - Battle Hymns Of The Race War 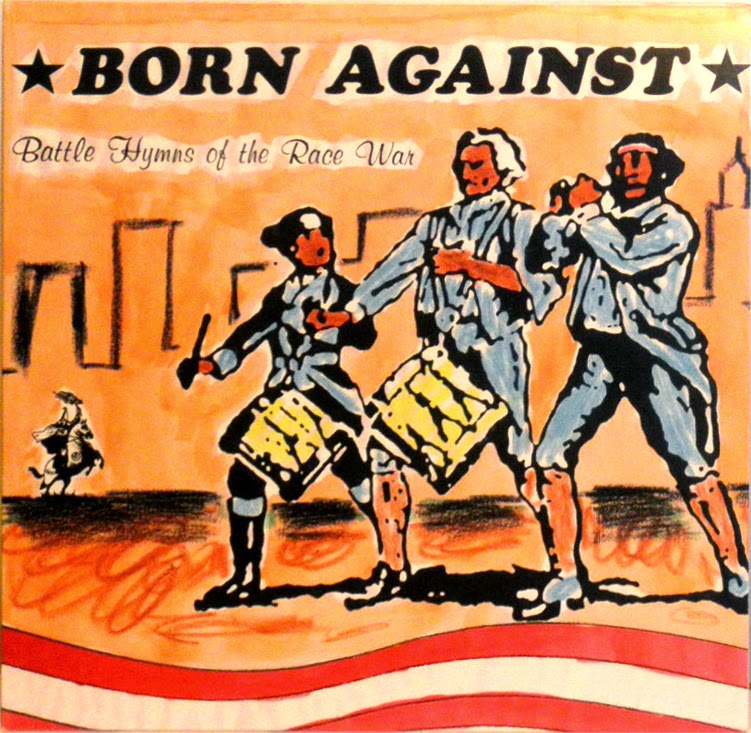 'Battle Hymns Of The Race War'
Born Against
1993

Let me start out by saying that this is my favorite Born Against release. It's got everything I love about them both musically and politically, and is possibly the most caustic and concentrated attack they put out. On top of all of that, it's got goofy and iconic samples of children's cartoons, police raids, a talk show which singer Sam McPheeters called into, and even a threat left on one of the band member's (probably McPheeters again) answering machine, which was quite potentially an inspiration for Chris Bickel of In/Humanity using the sample of Jamey Jasta from Hatebreed threatening him.

Born Against is an incredibly important band in terms of helping to define early 90s hardcore punk. Musically, they had a lot in common with so-called emo and post-hardcore bands, but lyrically they were far more aggressive. That's not to say some of those bands were not political, but none of them were nearly as confrontational as Born Against, who took after bands such as The Crucifucks and Dead Kennedys in their respective unrelenting, uncompromising political assaults and sharp, biting satire. While their strange combination of instrumentation and lyrics helped to set the tone for punk and hardcore that would follow, I can't think of any bands who were able to fully pick up where Born Against left off.

So, why post a vinyl rip of the 10" when there are plenty of rips of the CD version which contains both of their LPs? Well, stupid audiophile shit aside, the vinyl version contains a track which never made it to the CD, and I want people to hear it. The track in question is a seven minute intermission which features a cartoonish old woman talking about the wrath of god, terrorist attacks, war, white supremacy, and a whole list of things while the tune of "Santa Clause Is Coming To Town" loops in the background. It's something that needs to be heard to be believed.

So what are you waiting for?