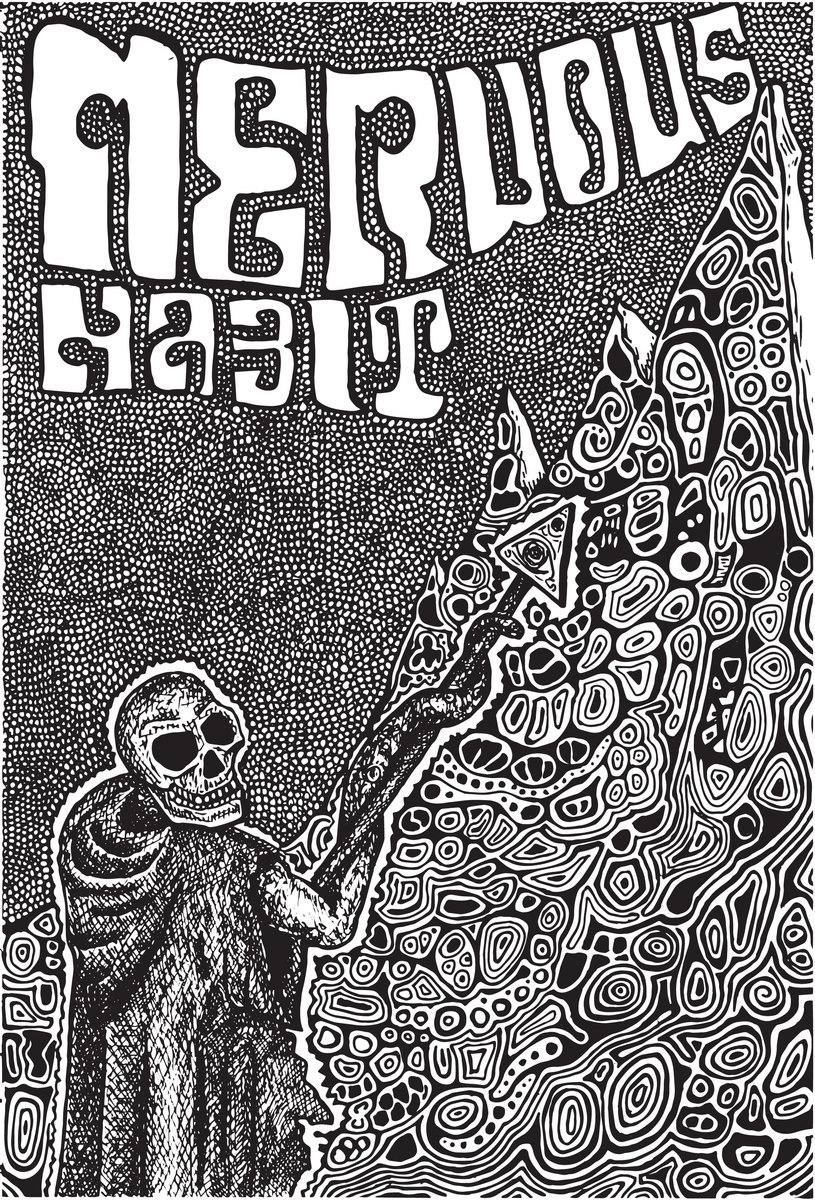 Nervous Habit are a four piece hardcore band with members from various parts of Sydney/Newcastle and have recently dropped this demo showcasing their equally manic and progressive spin on the genre. With influences firmly rooted in outsider hardcore and early Boston hardcore, Nervous habit also incorporate elements of post punk, death rock and garage rock into their sound.
With a guitar that's been permanently encased in a thick layer of chorus and a seven-and-a-half minute long instrumental outro, this demo does set itself apart from most other current Australian hardcore bands almost immediately. The frantic drumming and snarled/growled vocals are the icing on the cake, pairing the band's weirder tendencies with a primal, aggressive energy. Nervous Habit are a local(ish) band playing fast, mean (and also mid-tempo) hardcore in the same vein as some of my favourite bands, and honestly I couldn't ask for more. And if that list of bands up the top of this post  hasn't at least got you intrigued, well you're just plain wrong.
If you've been enticed (and you should be), check out the bandcamp or download link below. The band should have physical copies of the demo soon, so hit them up via their Facebook page HERE if you're after a tape you can caress in your grubby little hands.