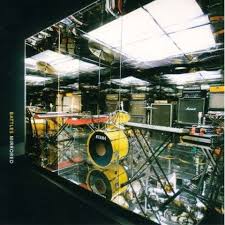 Battles are an odd little band, that combine the jarring complexity of math rock and the twinkly melodies of indie to create some catchy and very strange music. There's some mind boggling effects wizardry on this album; you'll have a hard time discerning the guitars from the keys or the bass. The vocals are typical of an indie band, and will take some getting use to, if you're not a fan of brighter, higher pitched vocals. This is some talented musicians pulling off some eclectic, unconventional music and it's a great entry point for those who want to get into math rock.