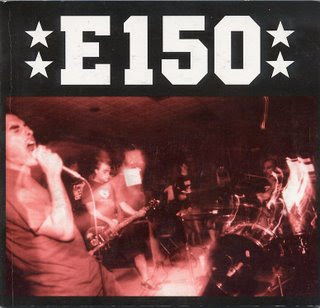 E-150 were a hardcore band from Barcelona, Spain who released some great stuff in the 9 or so years that they were a band. Here you'll find some angry Spanish language fastcore jams, that really don't let up on the throttle. The vocals are urgent and furious and there's more bedroom mosh opportunities than you can shake a stick at.

Propaganda
Posted by Unknown at 03:49