Cave In - Until Your Heart Stops 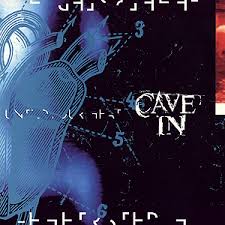 The late 90s were a simpler time, a time when metalcore didn't involve keyboards, or drop F tunings or Meshuggah wannabes. A time where bands like Botch and Deadguy roamed the Earth, playing what could very well be 2nd hand Slayer riffs, albeit in time signatures no one had heard of.
Much like their fellow 90s metalcore peers, Cave In played chuggy hardcore riffs, at breakneck speeds, with the trademark weirdness and technicality of mathcore. Until Your Heart stops was Cave In's debut album,  and a modern classic at that. It's a very aggressive album at the core, though there are hints of space rock, post hardcore and even shoegaze - signs of the band's gradual transition into an alternative rock band in the 2000s. This is a must listen to fans of metalcore and the fact Hydra Head re-released this for Record Store Day this year is testament to this album's brilliance.

Juggernaut
Posted by Unknown at 17:55