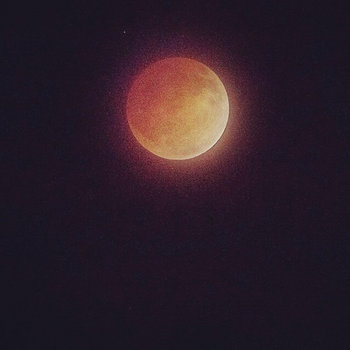 Minimalism, funnily enough, is a tricky thing. Artists - musicians in particular - must strike the balance between simplicity and captivation, and avoid drawing a composition out to the point where they become droll and pretentious. Enter, The Hague.
On Luxollid, The Hague proves adept at crafting cinematic, brooding tracks that retain the spartan appeal of minimalism, but sport meticulous attention to detail and songwriting. Layers of cold, 80s flavoured synth , soft background ambience and harsher tones (such as the shrill, piercing wails on Monk's Hood) form the melting pot of drowned out, almost apathetic soundscapes that is Luxollid. It's not hard to imagine these tracks accompanying an x-rated VHS or an obscure European art film, as The Hague's subtle, musical progressions play out like a soundtrack to a non-existent film.
Luxollid is stuck somewhere between EP and LP purgatory, coming in at roughly 20 minutes. While it's a short lived listen, it stays with you and demands multiple repeats - even if for pleasant background noise.