Francis Harold And The Holograms - The White Bulls Weeps From Valhalla 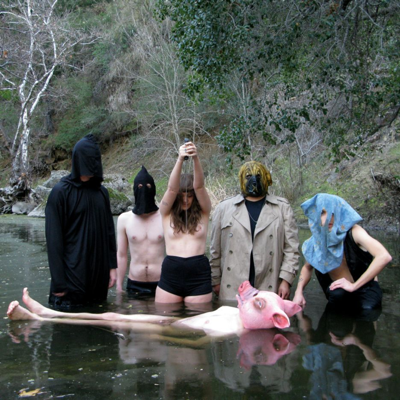 Francis Harold and the Holograms (FHatH from here on in) were a band from Arizona - who much like many other punk bands from Arizona of late played viciously noisy, sloppy hardcore.
The White Bull Weeps... was FHatH's final release before their dissolution, but it's also their most focused and ferocious effort. Gone is the blown out, derivative garage rock of their previous releases, leaving a much more sinister and noisy monster, that feels more like a hardcore or noise rock band playing loose three chord songs. FHatH play strung out, plodding sludge rock and fast paced ragers through their filter of fucked up guitar noise, howling cavernous vocals and blistering arcs of feedback that course through each track like electricity. It's simultaneously invigorating and terrifying.
If ever there was a band to call it quits just short of reaching their peak, it's this one - and while FHatH do have a reasonably extensive discography (one LP and numerous 7"s), none of it comes close to the unhinged rock and roll on this beast.