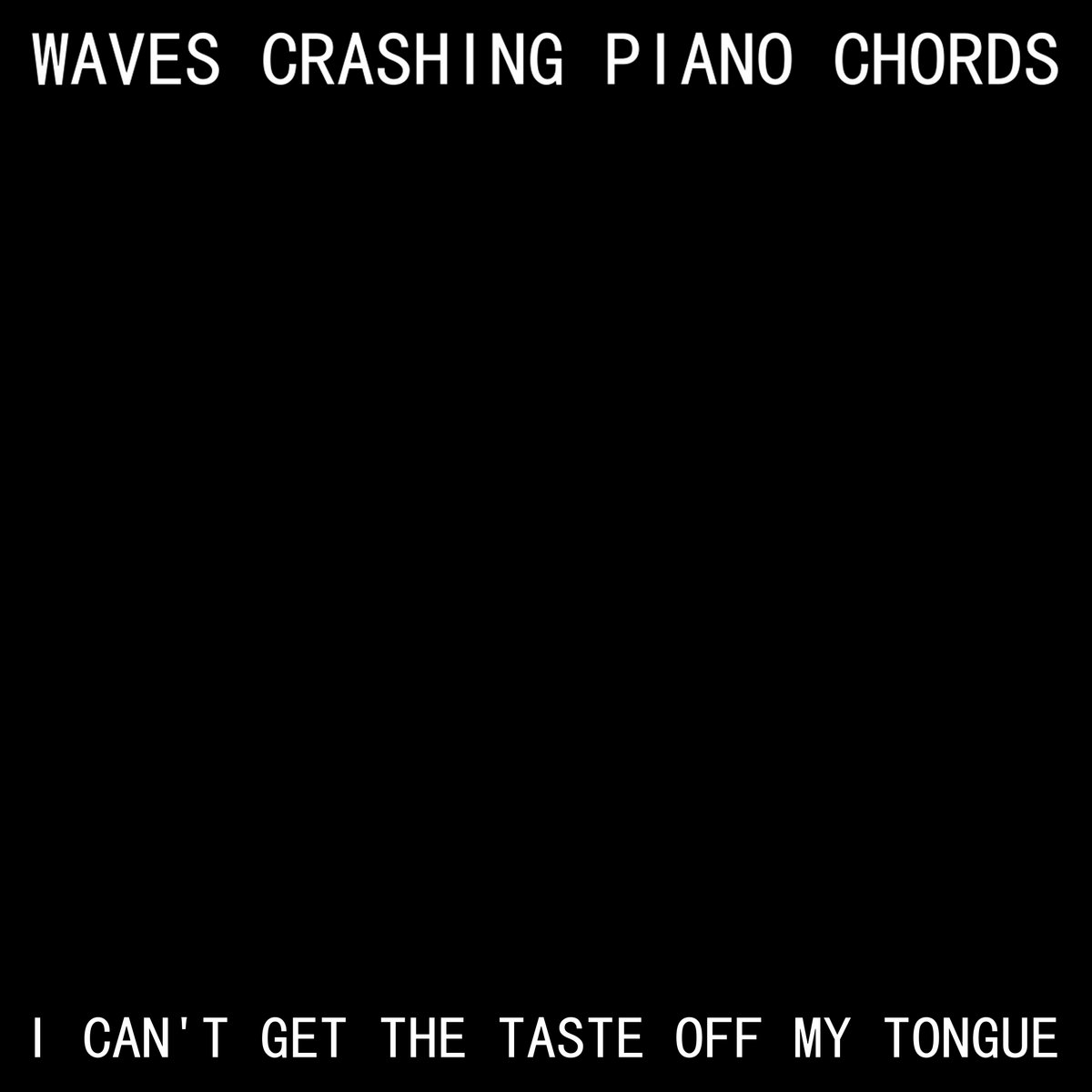 Everyone's favourite (and most likely only) Juggalo harsh noise artist is back again with another 7" worth of mic on amp brutality.
Demonstrating again that a gigantic pedal board or expensive synthesizer aren't always necessary or conducive to noise making, Sean Beard (aka Waves Crashing Piano Chords) uses arcs of  pure feedback and his vocals instead to create howling vortexes of sound, even opening this track with heavy breathing - that quickly becomes amplified to point where it's almost percussive.
On I Can't Get The Taste Off My Tongue, WCPC weaves in an out of hostile and ear piecing feedback, and eerie ambient sections, using a manner of grunts, groans, coughs and drawls to convey an unsettling and unpredictable air of malice. In fact this is probably the most apocalyptic piece of 'music' WCPC has produced, largely thanks to the ungodly amounts of reverb mingling with the vocals and feedback, lending the record a MASSIVE cavernous quality that just gets more and more intense throughout the duration of the recording.
Brutally primitive yet incredibly dynamic and fleshed out, I Can't Get The Taste Off My Tongue proves that a man armed with just a microphone can create intriguing and ultimately perverse walls of sound,

TRACKLISTING:
1. I Can't Get The Taste Off My Tongue

Bandcamp
Posted by Unknown at 21:50