Dead Boomers - The Pig In The Python 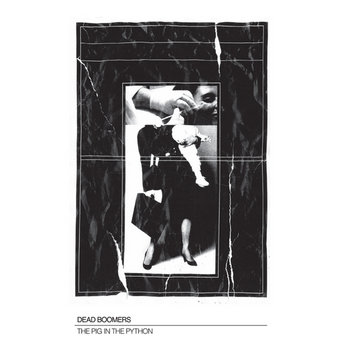 Hailing from Melbourne, Australia, Dead Boomers are a duo that perform an incredibly dense, atmospheric mixture of death industrial and harsh noise.
The Pig In The Python pairs percussion with pulsating electronic noise, the result of which are apocalyptic industrial dirges punctuated by absolutely gigantic rhythms and heavily distorted vocals. For the most part, Dead Boomers keep their tracks harsh and focus purely on pummeling you senseless with deliciously warped static swells - but on tracks such as Leave Flowers Now present are much more subdued and atmospheric side, albeit sinister as fuck. Each track is deliberated composed (meaning they can be recreated in a live setting) and if there's any improvisation it fits right in with the measured clangs, thumps and feedback screeches.
There's not a great abundance of noise projects in Australia, and certainly none as monolithic as this one - you'd be wise to check it out.