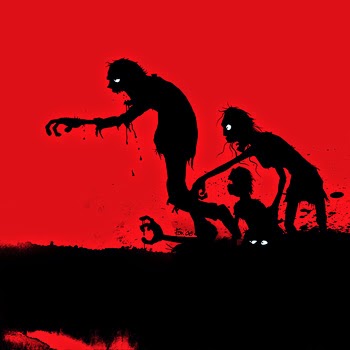 Although guest artists would frequently appear on their releases, it was the album Serie Un Di Collaborazione that would cement Crab Smasher as the musical collective of Nicholas and Grant, with a revolving door of many different artists joining – including Nick Senger (Castings), Sarah Humphreys, Chris Hearn (Alps), Mike Foxall (Nancy Vandal), James Kritzler (Slug Guts, White Hex), Nathan N. Martin (Anal Discharge, Sweet Teeth, HANNAHBAND, Burlap) and a lot more. In around 2008, Marnie Vaughan (Sweet Teeth, HANNAHBAND), who had already appeared on a few Crab Smasher recordings – was starting to appear on all their subsequent recordings, thus making Crab Smasher a trio. Twelve years on, they are still making music to this day, with their most recent piece, Scum Puzzle, released this year in May.

So, what kind of music do they make? Well, anything and everything, really. Their musical journeys know no boundaries; almost every single release is completely different from the last and are usually always improvised. Take Scum Puzzle for example – an electronic and mostly instrumental album completely driven by coarse and abstract bit-crushed synths gone mad and erratic drumming, with a relatable pop rhythm that falls in tandem of a listenable and uncomfortable experience – but go back one album, to Earth Buddies, and we have a live radio session of the first ever "carbon neutral noise band" which has all the members switch out their synths and drums to get their crazy hands on thumb keyboards, glockenspiels, recorders, percussion, acoustic guitars, zither, battery powered toys and just about anything that isn't connected to a power outlet, creating an aurally destructive but environmentally friendly symphony.

They go from the avant-garde noise pop of the Blue Album to dreamy ambient post rock on The Doctor Is In…Over His Head. Most of their earlier releases are more focused on noise soundscapes like Todd McFarlane Crushes The Tyranny Of Corporate America. Sometimes a single release can have styles and genres all over the shop like Thick Mosquito Sky and Bones Are Stronger Than Concrete.

If I had to choose a favourite release however, it would easily be Impossible Monsters, which is probably because it was my first foray into discovering Crab Smasher (I forgot how), and at a time when I was forsaking a lot of mainstream music and was hungry for something different, this release came along and really left a big impression on me. I haven't heard many albums that can transcend from rumbling drones and short bursts of static attacks crashing in through some extremely harsh noise, before doing a reverse on the mood and presenting the listener with a manic, thick layered and melodically adventurous theme song for some non-existent cartoon. Impossible Monsters continues to flip moods again, to dark and eerie lounge music, and eventually ambient noise flowing from the melancholic to the euphoric. The last song is what makes the entire album for me, as it serves to be a final, cathartic point of how far they can strip down the layers, until we have a minute long song of lone keyboards and bit-crushed drums with the only vocals on the entire release. It makes for an oddly emotional experience as the band bends the rules of consistency to make their own. Some other notable releases for me include DOOM+DOOM=OMG, Serie Un Collaborazione and Forever!.

You can get their entire discography from their bandcamp, with everything free to download. I won't provide a track listing because there are too many releases to put up. As for where to start, well I reckon you should explore for yourself, but otherwise you can go back over the review and try out the albums I mentioned.