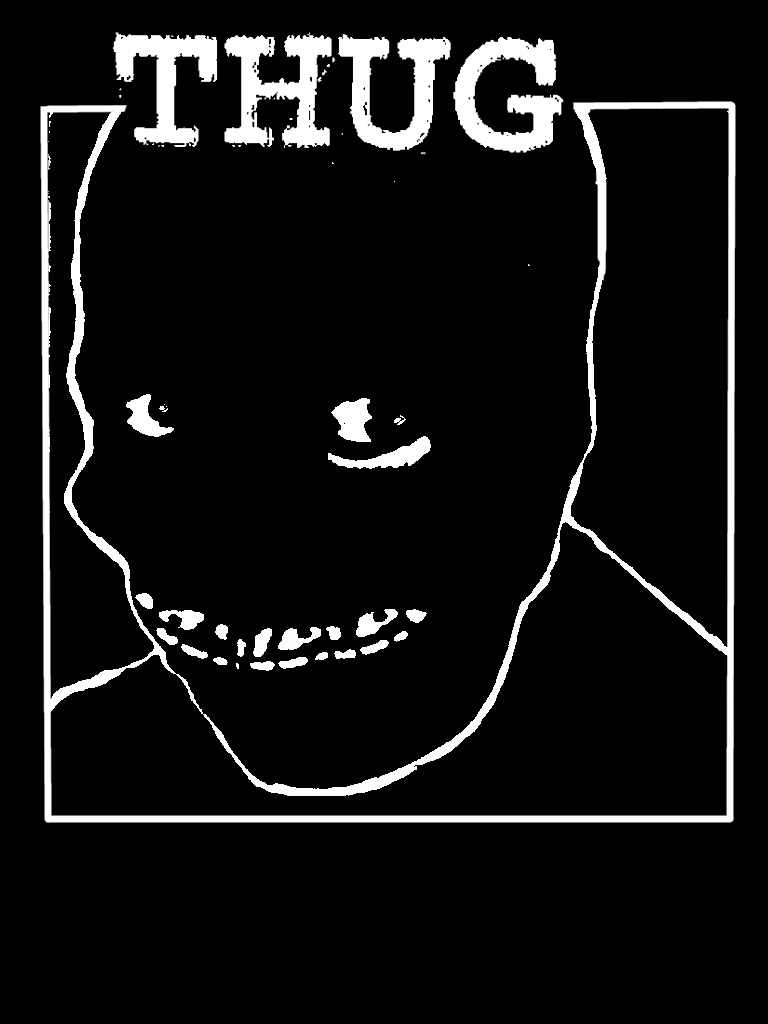 A friend of mine turned me onto this band by asking if I knew anything about them, to which I had to admit that I didn't.  Neither of us could really find anything about them or even much of their music (I believe only 2 songs are on youtube), so Thug remained a mystery for a little while.

Fast forward a year or two, I finally tracked down (most of) their discography and I definitely want to share it with people because this band is not just highly underrated, but they're exceptionally good and deserve much more attention than they seem to get.  They started in '92 or '93 and released only three 7"s, two of which were splits, along with a few songs on compilations which I still need to get my hands on.  Their sound is pretty hard to pigeonhole, they  mostly combine elements of noise rock similar to bands such as Unsane and Drunks With Guns, and sludge akin to that of Eyehategod and Cavity; although on their final 7" they come dangerously close to powerviolence in the vein of Neanderthal and Peter Mangalore.

So, what should you expect from Thug?  Brace yourself for disgusting tones and crushing riffs, feedback, pounding drums, and totally pissed off vocals.  Oh, and they did a split with powerviolence legends Apartment 213, who also appear on the Loud & Ugly Vol. 2 compilation along with Floor, Despise You, and Eyehategod.  This shit is good and if you like any of the bands I've compared them to or with whom they appeared alongside, I highly recommend checking this out.


I'll update this when I get the remaining two compilations.