Me And Him Call It Us - Loss 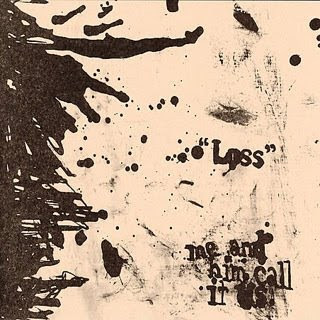 I am fully aware of the fact emo-violence is a somewhat dubious term that was invented as a joke - though it tends to be surprisingly relevant , especially in regards to bands such as Me And Him Call It Us (If I have to type their full name again I am going to punch the computer, MACHIU from now on okay).

Loss is a very violent, and very emotional album. Crazy tempo shifts, odd chords, angular riffs and big heavy breakdowns reign supreme here, along with some throat tearing screams with just enough sass and emotion to keep things interesting. MACHIU obviously attended the school of 'Very Long and/or Specific Song Titles', but like many other mathy-y grind bands, this compliments the sporadic and semi sarcastic nature of the music. In amongst all the chaos, Loss is punctuated by eerie ambient tracks that are just as unsettling, if not more, than their loud counterparts. This is ugly, angry skinny-jean-wearing-math-grind-emo-violence at its best.

Email ThisBlogThis!Share to TwitterShare to FacebookShare to Pinterest
Labels: Emoviolence, Loss, Mathcore, Mathgrind, Me And Him Call It Us