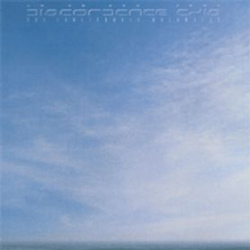 Eva worship at its finest...

There's not much to be said about this album that hasn't already been said already, but I'm going to say it anyway.
The Inalienable Dreamless is a modern grindcore masterpiece.
It is a precise, concise shot of adrenaline in audible form and it'll achieve way more in twenty minutes than what a normal album will achieve in an hour.

The biggest point I can make about The Inalienable Dreamless is that is a beautiful album, and while that may be the strangest thing you've ever heard in relation to grindcore, it is true. Jon Chang manages to inject so much emotion into his music and lyrics, and that, coupled with the utter urgency of the drums and guitar make it much more compelling than your average 'play fast or die' grind band. In fact you could call this 'The Thinking Man's Grind Band'; Chang's lyrics explore anxiety, depression, love, fear and attachment and are strongly influenced by various works of fiction (including Neon Genesis Evangelion).

Musically, The Inalienable Dreamless reflects its themes excellently. Equally dissonant and claustrophobic,  songs go from pure grindcore ferocity to sudden moments of melodic clarity (i.e the album's title track or Jigsaw). Much like the characters of Neon Genesis Evangelion, the music has a damaged, schizophrenic quality that lends itself exceedingly well to the overall feel of the album.

While I intend to be a little less formal with my reviews in the future, I thought I'd do this album justice with a comprehensive review. There's so much more I could say about this album, but I'll just shut up now and give you the link. Enjoy, or don't.

Newer Post Home
Subscribe to: Post Comments (Atom)
FEAST YOUR EYES (AND EARS, MOSTLY EARS) UPON FUCKED BY NOISE.
A BLOG FOR THOSE OF YOU WHO ENJOY MUSIC SUCH AS THIS:
- Punk
- Noise Rock
- Hardcore
- Industrial/Power Electronics
- Black/Death/Thrash Metal
- Art Punk
- Powerviolence
- Grindcore
- Post-Punk
- Goth/Deathrock
- Experimental/Avant Garde
And many others!
It goes without saying that we encourage you to purchase physical copies and support the artists whenever possible (unless they're nazis or something).
I've been locked out of the old submissions inbox, so I will be setting up a new one. When that happens, feel free to use that email for all inquiries, requests or submissions, to report a broken link, or if you're an artist/label and you wish to have your music removed from this site.
FACEBOOK