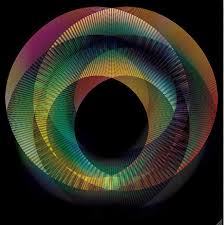 I really don't see enough stuff about these guys on the web, which is shame considering the top-quality music they've put out. Queens is a twelve track punch to head that'll floor you with it's combination of chaotic metalcore, grindcore and powerviolence.  There's noisy moments here that recall early 2000s Converge, cool, distorted effects laden vocals  and an intensity and speed that just doesn't let up. Literally, the only downside to this release is the fact that the songs are all untitled, so all the more reason to snag this and let it pummel you into the ground.