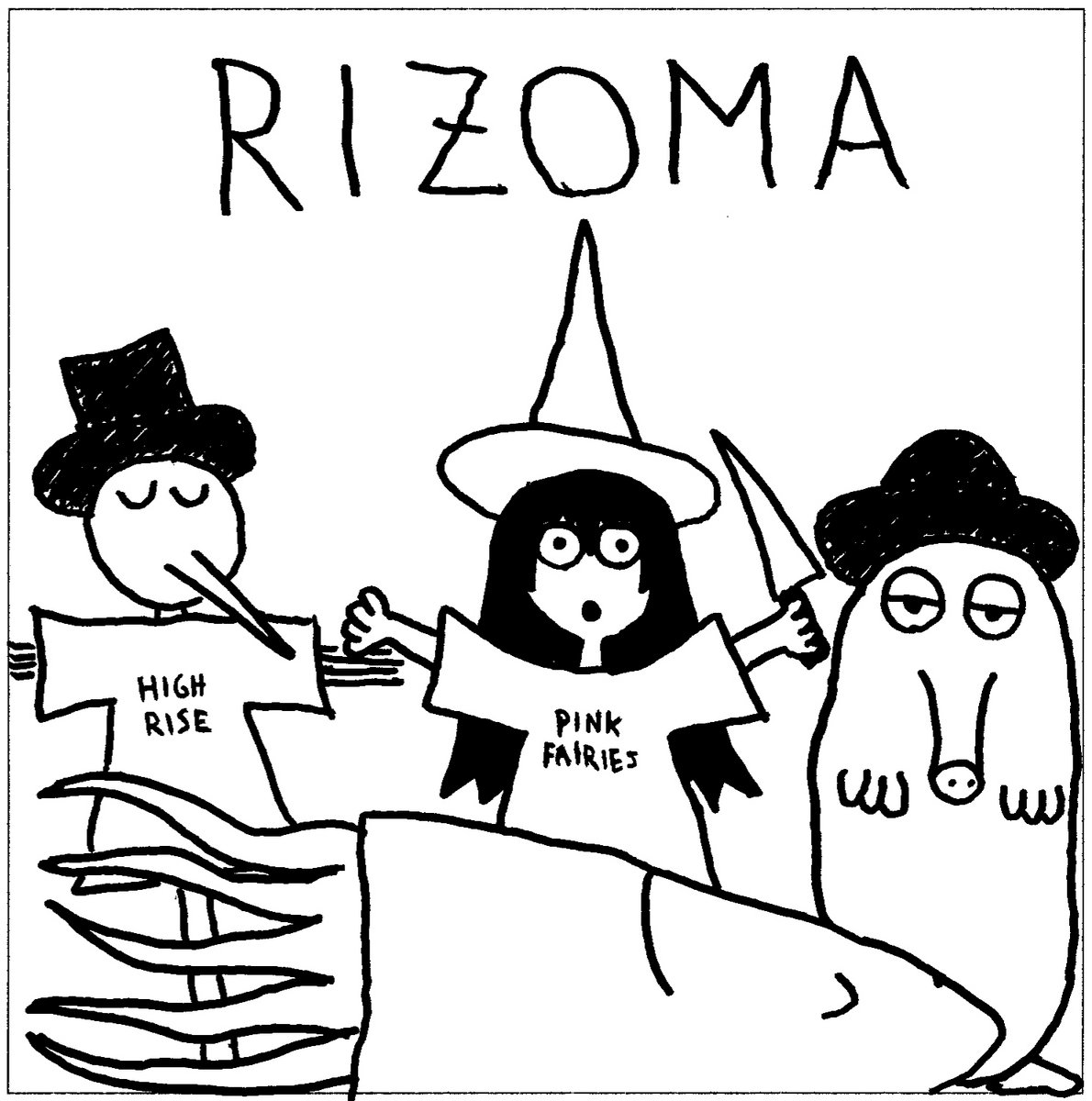 Holy mother of RIFFS Batman!
Rizoma are a three piece outfit from Madrid, Spain and this here is their debut, self titled EP.
Rizoma's influences range far and wide, but ultimately they center on the nasty and untamed side of rock, with garage punk and noise rock being the ones that stick out.
On this 6 track EP, the Spaniards prove they're quite adept at coaxing delicious, fuzzy tones out their guitar with plentiful smatterings of psychedelic tinged guitar solos that are just soaked in wah. Just as wild and woolly as the guitar are the vocals, which have this raw, almost desperate quality to them. On this EP, Rizoma flow from grunge to stoner rock (closing track ¡Oh, Son Muñecos De Nieve Que Profetizan El Apocalipsis!), to straight-forward, three chord punk (Cows, Sheeps, Pigs And Tractors) to aggressive noise rock (Wipers Shirt) while maintaining its hazy, garage rock persona.
Not quite Stooges worship, just shy of something Sub Pop might've picked up back in the day and definitely something you wouldn't want to take back to meet your parents - check it out.

Bandcamp
Posted by Unknown at 04:27