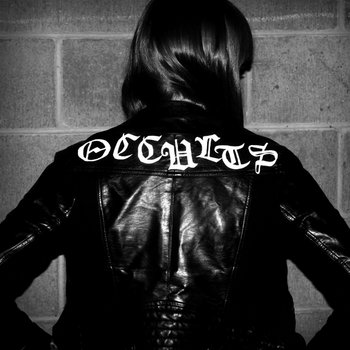 Occults are a three piece outfit who hail from my hometown of Brisbane, AUS, who're all about the doom and gloom. On their debut 7", the band fuses classic UK post punk with Australian swamp rock along with the dark vibes of death rock to create a menacing and brooding sound that's drenched in reverb. With both the bass player and guitarist sharing vocal duties, you get deadpan, almost mumble male vocals in contrast with the loftier female vocals intertwined with steady bass lines and screeching, dissonant guitar work reminiscent of Rowland S. Howard. I've been lucky enough to catch these guys live and thought they were pretty neat then, and I can safely say their stuff holds up recorded too. Give a listen, and if you like what you hear, drop em some dough via bandcamp.

TRACKLISTING:
1. Soiled Bibles
2. Sex After Death
3. I Was Wrong
4. Failures