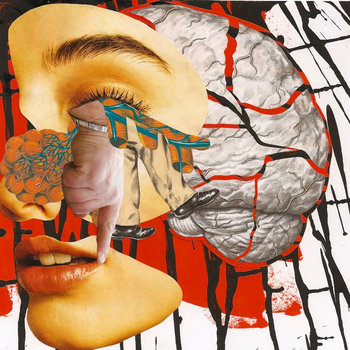 Diploid are a three piece grindcore band from Melbourne, Australia who are heavily influenced by the sounds of 90s screamo/emoviolence. Utilizing high pitched screams coupled with dissonant chords and blast beats - with some surprising melodic passages (see the intro to 'On Going' - it almost sounds like an At The Drive In track), Diploid know how to balance their influences while proving they have the chops to play original and refreshing grindcore. Thematically the band tackle issues such as mental illness, feminism and anti-racism, and while these topics have been tackled in this kind of music before, Diploid's emotionally charged music just adds a whole new depth and sincerity to these issues. Human to me sounds like the aural equivalent of a panic attack - it's claustrophobic, cathartic and it'll leave you breathless - and honestly I couldn't ask for more out of a grind/screamo release.

TRACKLISTING:
1. Nothing Left
2. On Going
3. Back Alley Abortion
4. In The Toybox
5. Scratching At The Walls
6. Follow The Trails Of Tape Into The Forest