Dazzling Killmen - The Face Of Collapse 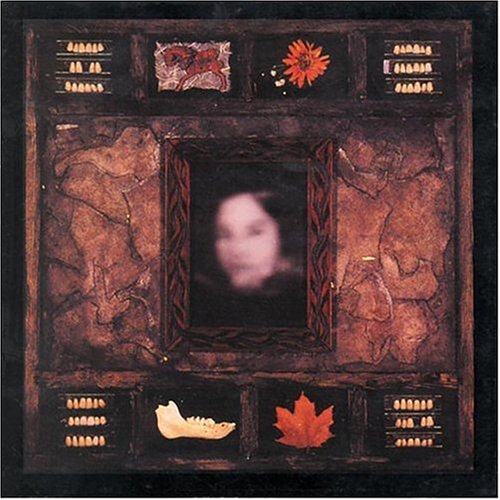 'The Face Of Collapse'
Dazzling Killmen
1994

So you like your angular post hardcore ey? You've been listening to Unwound and Polvo and Drive Like Jehu, but it's lacking something? It's just not vicious enough? You want something a little heavier?
Well check this out...

Dazzling Killmen were from St. Louis and were active around 1990 - 1995. During that time they built upon the emerging post hardcore genre that was gaining popularity at that time - with elements of jazz, noise rock and metal in their compositions. While other bands had been, and were doing this at the time, Dazzling Killmen emerged as one of the more intense, urgent and violent acts, with a sound that's essentially the missing link between mathcore with math rock.
From start to finish, The Face Of Collapse just throws irregular time signatures at you - each new track is one weird new roller coaster of stops and starts, punctuated by syncopated drumming and jazzy fills. Meanwhile the guitar's pretty happy to do it's own things, plenty of chords you've never heard of before and grating dissonance, accompanied by some overzealous bass lines. Vocally I'd compare it to some of the stuff Steve Albini's done in his bands, but a little more gruff and aggressive.
These guys are highly underrated in my humble opinion - they've been overlooked in favour of some of the more accessible noise rock bands of the mid 90s (no discredit to those bands, of course), which is a pity because they bring so much to the table. If you like your post hardcore a little unpredictable, dissonant as hell and a little scary - here ya go.

TRACKLISTING:
1. Staring Contest
2. Bone Fragments
3. My Lacerations
4. Blown (Face Down)
5. Windshear
6. Painless One
7. In the Face of Collapse
8. Agitator