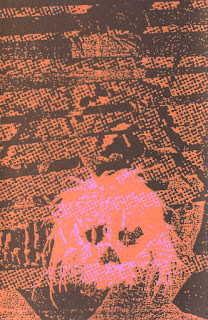 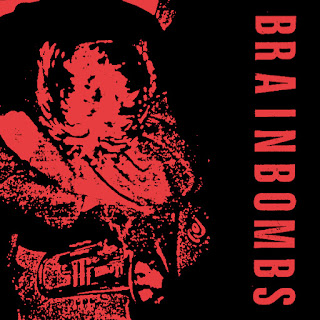 You may recognize that spectacled figure on left as one Yamazaki Maso, aka Masonna, and yes indeed this is his psychedelic garage punk band, Acid Eater.
Acid Eater is the sound of delay pedals reaching event horizon, dangerous voltages surging through amplifiers and spitting forth walls of feedback and a deranged organ player hammering away at their keys in an orgiastic display of auditory vandalism. All the instruments on Virulent Fuzz Punk A.C.I.D.  have a gloriously warped and distorted quality to them, and the recording is just so ridiculously loud it conjures up images of smoldering amp stacks and speakers billowing smoke. It's as if every sound on this album has been pushed to its absolute limit.
Not unlike Masonna, Acid Eater is a sensory assault - albeit channeled into a much more linear and danceable format. An odd intersection of Japnoise, 60s garage rock/psych and frantic punk thrown into a go-go vortex that teeters on the brink of collapse but never fully succumbs.
I suggest you download this album, find yourself a cool pair of sunglasses and prepare to spend the entire duration of this album thrashing around like a loon. You're in for a treat. 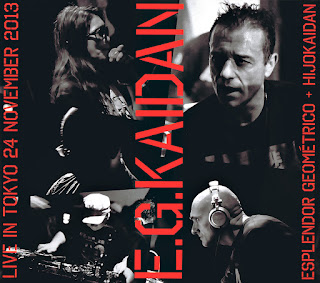 Okay, so this blog hasn't been living up to its name lately, and it's time to change that. What better way than with a collaboration between two of the most important noise bands of all time? You definitely read correctly, this recording features both Hijokaidan and Esplendor Geométrico; they're both doing what they do best, but at the same time complimenting each other's styles. This thing is going to wreck you.

For those of you who don't know, Hijokaidan (非常階段) is essential first wave noise from Japan. You've probably seen the pictures of them performing/destroying. Musically, Hijokaidan is incredibly abstract, unpredictable, and above all, harsh. They utilize a variety of ways to make their noise, ranging from traditional rock instruments to pedal based power electronics to bloodcurdling screams to random objects to breaking everything. And then we have Esplendor Geométrico. While lesser known than Hijokaidan, Esplendor Geométrico are probably just as important to industrial/noise music. They hail from Spain and create rhythmic, pulsing soundscapes, many times accompanied by samples, distorted vocals, and power electronics. Think SPK but more hypnotic. Honestly, Esplendor Geométrico are everything I love about first wave industrial/noise perfectly packaged together in one band.

With those things in mind, imagine mashing the two together. Structured rhythms collide with pure chaos, resulting in some truly horrifying and perfectly executed industrial.  Despite the fact that these bands have both been around for over 30 years, this material doesn't feel stale or dated; they've managed to keep things on the edge. You can clearly hear them playing with old sounds, but it doesn't feel as though they're just rehashing. Plus, this is a live recording, so both bands are at their most volatile, delivering totally caustic, hostile blasts of noise annihilation. Brace yourself. 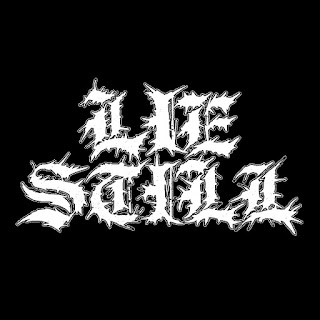 Email ThisBlogThis!Share to TwitterShare to FacebookShare to Pinterest
Labels: Fastcore, Powerviolence
Newer Posts Older Posts Home
Subscribe to: Posts (Atom)
FEAST YOUR EYES (AND EARS, MOSTLY EARS) UPON FUCKED BY NOISE.
A BLOG FOR THOSE OF YOU WHO ENJOY MUSIC SUCH AS THIS:
- Punk
- Noise Rock
- Hardcore
- Industrial/Power Electronics
- Black/Death/Thrash Metal
- Art Punk
- Powerviolence
- Grindcore
- Post-Punk
- Goth/Deathrock
- Experimental/Avant Garde
And many others!
It goes without saying that we encourage you to purchase physical copies and support the artists whenever possible (unless they're nazis or something).
I've been locked out of the old submissions inbox, so I will be setting up a new one. When that happens, feel free to use that email for all inquiries, requests or submissions, to report a broken link, or if you're an artist/label and you wish to have your music removed from this site.
FACEBOOK