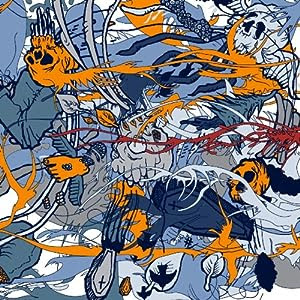 
Tusk are a sadly defunct band with members who now play in Pelican, though the two bands couldn't be further apart. Tusk trade Pelican's glacial pacing and dense soundscapes for a barrage of blastbeats, savage riffs and shrieked vocals. Keeping the ferocity and brutality of grindcore, injecting it with the complexity and precision of mathcore and giving it a healthy dose of hardcore and metal energy; this release ducks and dives through chugs, tremelos and sudden tempo shifts. This is an utterly pummeling album, though one that does not sacrifice intelligence and variance for the sake of meatier riffs and pointless breakdowns. This band has described their sound as 'Discordance Axis by way of Yes's 'Close To The Edge', and if that doesn't intrigue you, than you cannot be helped.

(Note: This is the 2005 release of the album, so it comes with a few extra live tracks. Neato!)