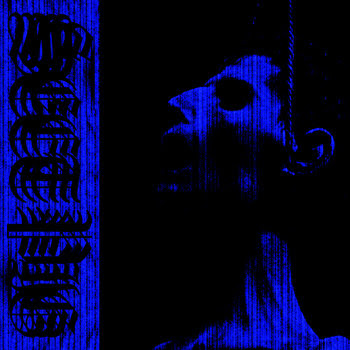 Listening to Sect Pig's debut release (and only, currently), you can't help but wonder if maybe you've stumbled onto the aural equivalent of a HP Lovecraft creature. This thing is so weird, unnatural and vile it feels like you're violating your moral obligations as a decent human being by just listening to it. The words 'bad', 'acid' and 'trip' keep coming to mind - and rightly so.
The faceless musicians behind Sect Pig play what is essentially psychedelic blackened death metal, with a very, very definite tendency towards experimentation and dissonance.  So instead of that plain old blastbeat and tremolo diet you've been sustaining yourself on, you get phased and pitch-shifted  grunts (think goregrind meets space rock), eerie, distorted samples and disorienting tempo changes. There is NOTHING on this release that resembles the sounds that could possibly come out of an un-corrupted, organic entity.
I'm no astrophysicist, but I can deduce that if you were to ever enter a black hole, it'd more than likely sound like this. Save yourself the strain of space travel and melt your brain with this instead.