The Zingers - Self Titled 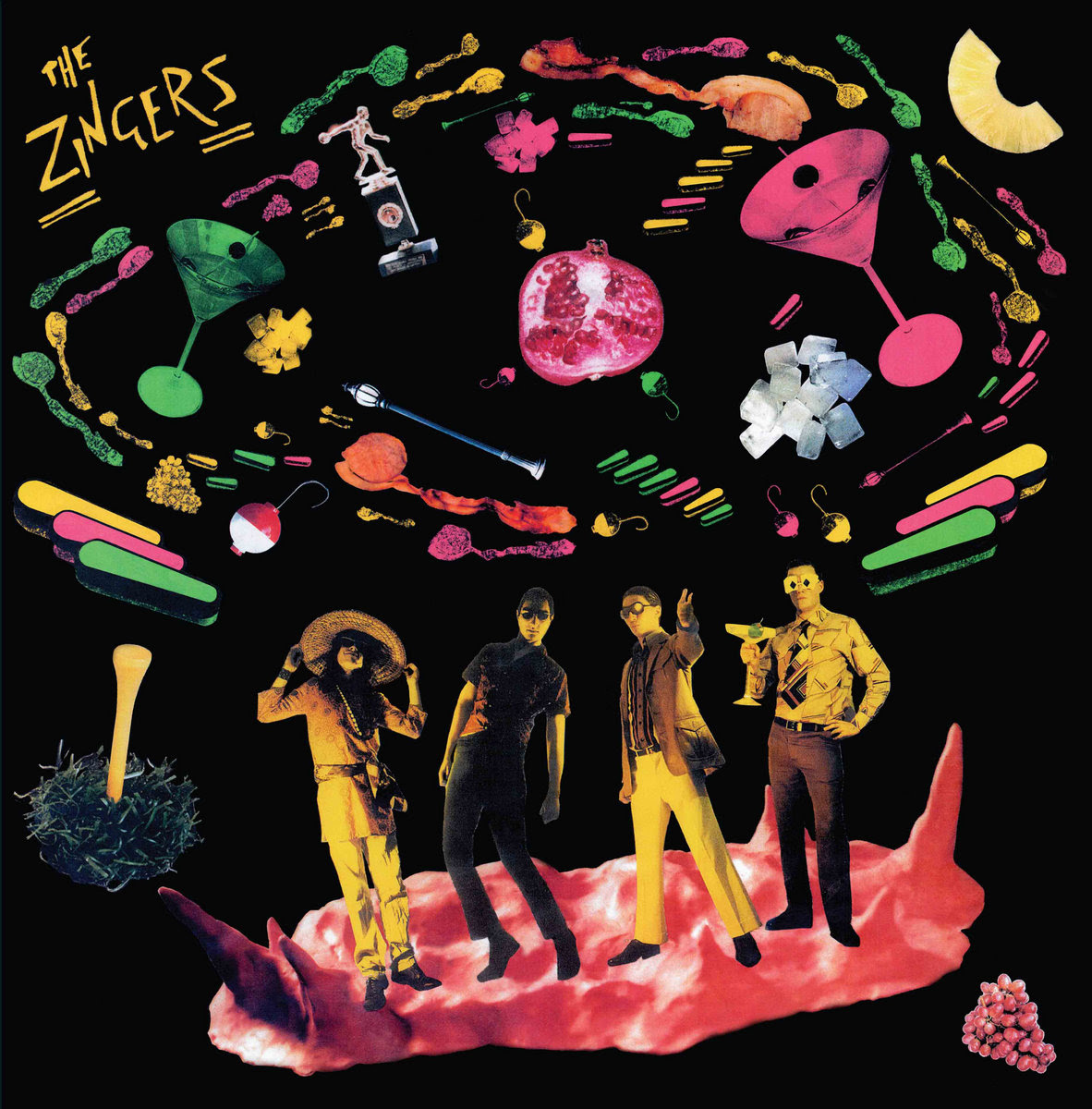 Although defunct, The Zingers can pride themselves on releasing what is simultaneously the most baffling, annoying and original punk record to come out of Australia. The fact I spent a good twenty minutes trying to come up with bands to compare these guys to is proof enough of this, I think. Imagine if you will a sleazy cocktail party full of dirty punks and obnoxious new wave fans, with a delirious DJ playing no wave and hardcore tunes while viciously self medicating. Now if you can imagine that, you might have a shot at understanding the contents of this album.
At face value this thing has all the components of a traditional punk album - it's just the way they're arranged and presented that sets it apart. The vocals for instance are just intensely nasally and deranged, and coupled with hilariously nonsensical lyrics it's a combo that'd put Doc Dart, Larry Lifeless and the entirety of mid-70s Devo to shame. Guitar and bass wise you get skronky, dissonant chords played with dizzying speed over bass lines that go from jazzy to punk to jarring no wave staccato on a song to song basis. On top of that, The Zingers throw in cowbells, gongs, vibraphones, synthesizers and noisy meltdowns and freakouts. I'd be here for ages if I tried to accurately describe the goings on of this album, so just take my word for it - it's fucking weird in the best possible way.

(PS: while The Zingers are no more, members have since gone on to form Brando's Island - who've stripped their sound down considerably but exchanged the guitar and bass for a vibraphone and synthesizer exclusively. Rest assured their music will be on this blog as soon as they release it)