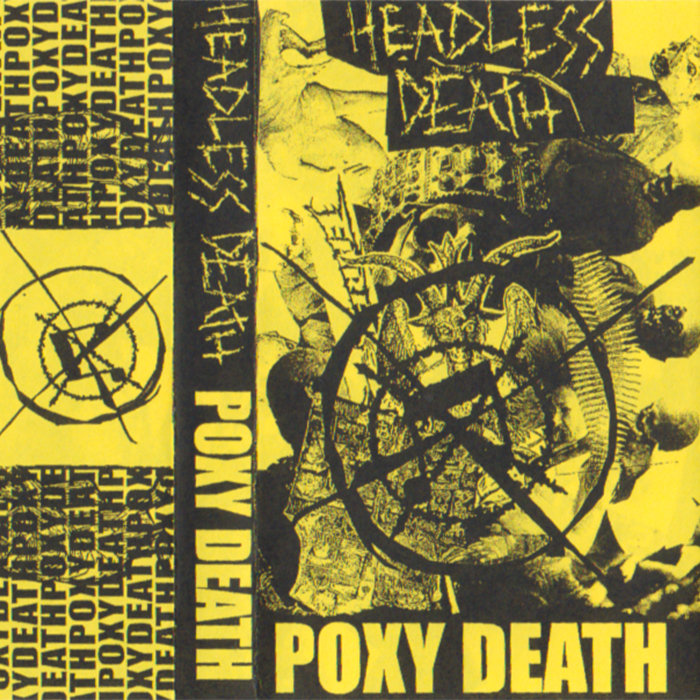 Melbourne, Australia has certainly spawned its fair share of grind bands - The Kill, Agents Of Abhorrence, Blood Duster, aaaaand these guys - Headless Death. Featuring members from the likes of Internal Rot, Rort and Roskopp this is utterly primal grindcore dredged up from the foulest of sewers. Sitting somewhere between chaotic 90s grindcore and raw old school death metal, the ceaseless cacophony of blastbeats and raspy, guttural vocals are spewed out at you in delicious, murky lo-fi. This is war-torn, disease-riddled filth served with a side of tasty riffs AND a killer Ringworm cover. What's not to love, really?
Poxy Death is available for on Headless Death's bandcamp, as well as few other releases (including their demo, which I've reviewed previously here) - all of which are free downloads, so there's literally no excuse for you not to click that link below and get onto some killer Aussie grind.

TRACKLISTING:
1. Underground Existence
2. Not A Worthy Death
3. Melbourne's Burning
4. Under The Mushroom (Shit Where You Eat Edition)
5. 13 Knots (Ringworm)

Bandcamp
Posted by Unknown at 03:43