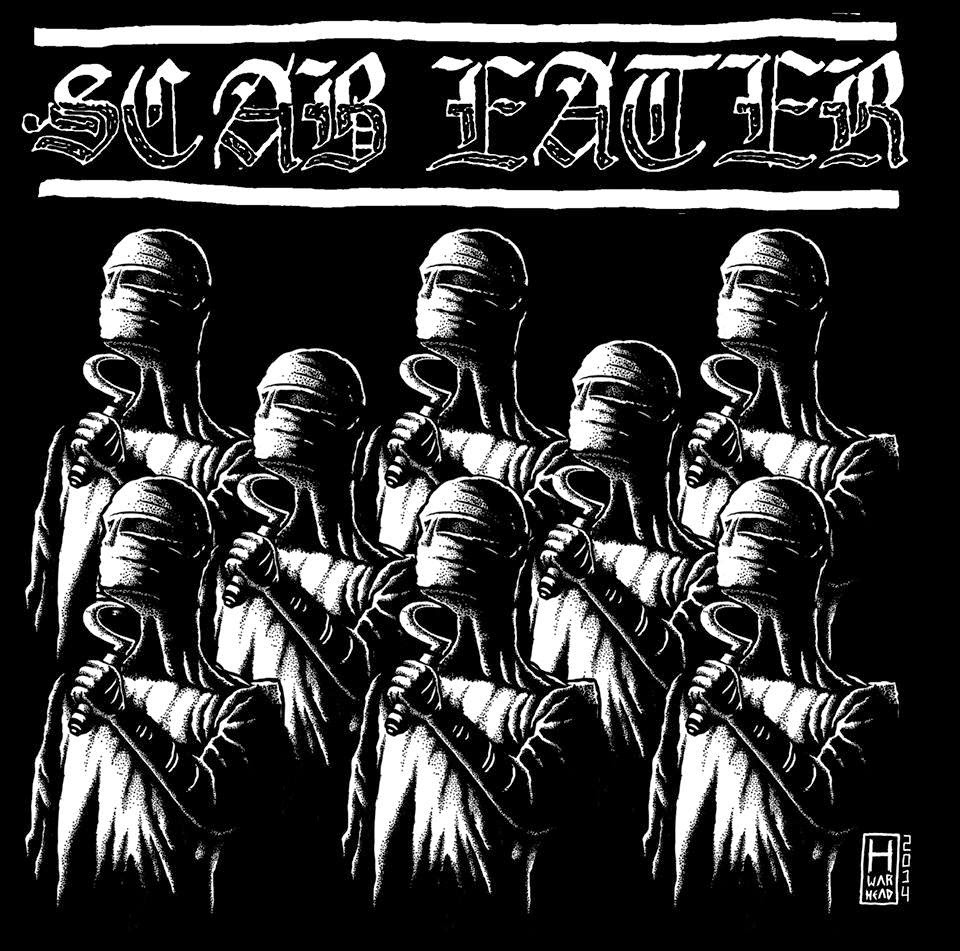 I’ve always had a soft spot for the early Boston hardcore scene. It was the Sound of disenfranchised youth burning their Kiss records and taking influence from not only their home grown Californian and DC  scene's but also the thuggish sounds of Great Britain’s early hardcore and Oi. More so than any other American hardcore scene of the period the importance of both Discharge and Blitz are never heard so strongly. From the early days of Boston hardcore bands like SS Decontrol, Negative FX and Jerry’s Kids took the mantra dictated by Minor Threat’s song Straight Edge into far darker territory. I am also a huge fan of the often overlooked second generation of bands spawned from Massachusetts; which were possibly far better despite never being fully accepted by the scene at the time. Bands like Deep Wound and Siege gave hardcore entirely new concepts of speed. A renewed interest in this particularly fertile period in hardcore history in the past few years is hardly unexpected but has also been a revival that I’ve thoroughly enjoyed. England’s DiE and Boston’s own scene heroes The Boston Strangler are carrying the torch of the Boston Hardcore sound; although home grown acts like Hardluck & Sick People are equally as deserving of a mention. Scab Eater reinterpret this sound as well as (if not better) than any of the modern contemporaries rehashing this period.

For the uninitiated Scab Eater are three filthy Melbornite punks and one yank who refuses to be deported. They play an extremely danceable interpretation of Boston Hardcore albeit with vague raw punk/noise punk undertones and a healthy love for Discharge. Guitarist Nathan described them to me as “tough hardcore played for and by scrawny punks” a description I think is particularly apt. I have been a huge fan of the band since their inception in 2013. Their Abject Flesh demo tape was my favourite of that year and my experience of their chaotic live shows have all been memorable. The songs on this EP are addictively catchy and guaranteed to make the most jaded crustie slam like he did when he was a pimply 17 year old in a Slapshot shirt. For the most part the songs are somewhat mid-paced although they more than know how to rage at break neck speeds when necessary. For those who have heard their demo some of these songs will be familiar. Caged Life, Wasteland and my personal favourite track Distraught (that breakdown!) all make a comeback. The production value is better than the demo and the guitar tone has been altered slightly but none of the intensity has been lost.

Their guitar tone is heavily drenched in reverb and chorus not dissimilar to scene contemporaries Gutter Gods, Oily Boys or the latest Idle Minds Cassette. It’s almost as if this is becoming a signature of weirdo Aussie hardcore punk; something I’m very much into! In the earl 80’s regionalism was strong; cities and states developed their own sound. Pre-internet local scene's were far more isolated and bands naturally took influence from their local scene. Boston hardcore sounded nothing like bands from New York, DC, Chicago or California. The scene that exploded in New York recently revolving around Toxic State Records and Crazy Spirit in my opinion helped see a return to this, at least in terms of production style & certain signature traits. It’s great that something similar is happening on our own shores.

Scab Eater are currently embarking on an impressive east coast tour, don’t miss your chance to see these wildmen in action. It’s also an excellent chance to pick up a copy of their EP. Otherwise records can be bought through all good DIY supporting record shops and distro’s. You can also check out the EP on their Bandcamp or if you’re a cheap cunt you can even download their fantastic demo for free. You really should buy this record though! Trust me.

Bandcamp
Posted by Wastings at 00:22