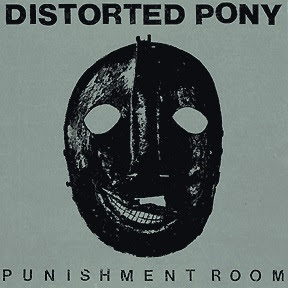 My first though when I gave this album a listen was that Distorted Pony sounded a heckuva lot like Big Black, maybe just with a thicker, heavier sound and an actual drummer; so it came as no surprise when I found out this album was engineered by Steve Albini (nerd, pundit and the guy from Big Black). Back story aside, Distorted Pony are a criminally underrated entry into the wonderful world of 90s noise rock. They're as muddy and dissonant as any band on the AmRep roster, with urgent post hardcore guitar lines to break the brutality of the album into something a little more palatable. Interestingly enough the drums sound like they might as well have been lifted from a machine - the mechanical quality in which they're presented gives this album a real nasty, industrial vibe.And if you enjoy your vocals buried in the mix, distorted (pony) and  warbled - than your in luck too, because there's plenty of that going around on here too; they're essentially the bubbles rising out of the thick goop that is the fuzzy, metallic miasma of 'Punishment Room'.
Hey also this bonus CD version, so it comes with the 'Work Makes Freedom' EP, which actually does have a drum machine instead of a human - so there ya go.