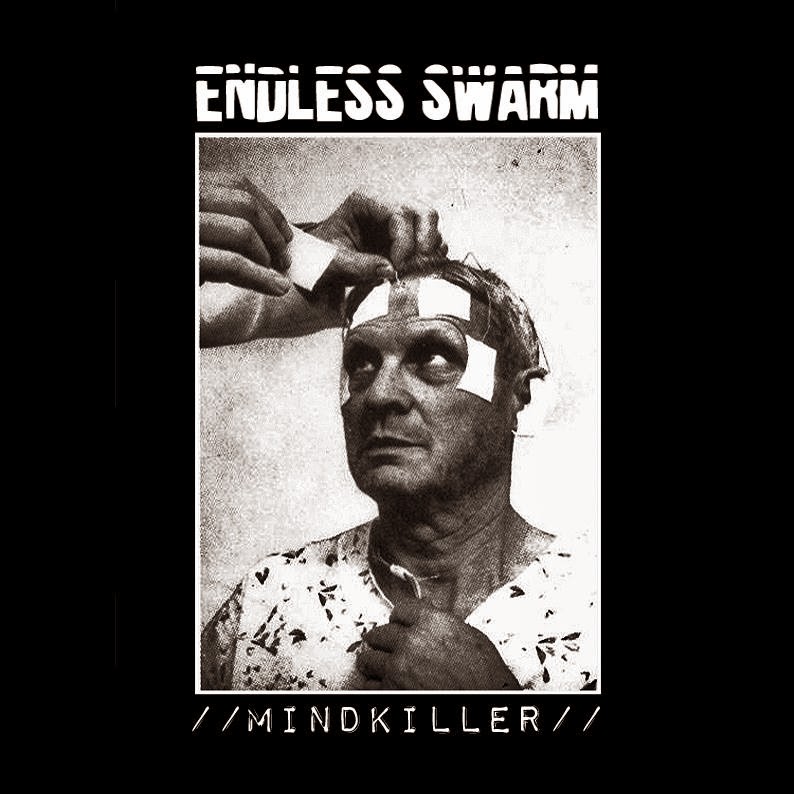 Phwoar. Endless Swarm are four piece band from Edinburgh, Scotland who play some really neat, super gritty powerviolence. There's plenty of crusty grind influence in Endless Swarm's music (I got a really strong Afternoon Gentlemen vibe), as well as nods to some old school powerviolence and hardcore. Across the nine tracks on 'Mindkiller' you'll be assaulted by a multitude of different vocals - a pretty impressive range actually, crust shrieks, the 'angry man' (TM) and growls, usually trading off with each other in quick succession. Additionally there's some meaty, sludge-y riffs to sink your teeth into and plenty of tempo changes and blast beats to tap your feet/shake your fingers to. All in all, a solid release from a city not yet known for its' powerviolence scene. Snag 'Mindkiller' at Endless Swarm's bandcamp page as a pay-what-you-want download.

Bandcamp
Posted by Unknown at 02:18