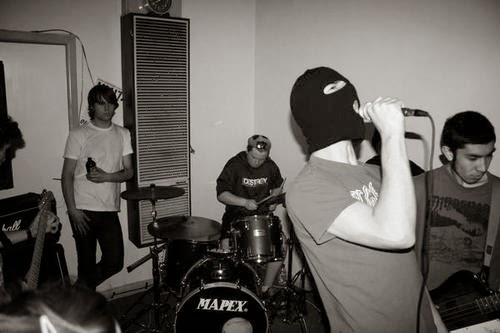 Rort are an angry hardcore band from Melbourne, Australia, who play a dirty style of grindcore influenced hardcore. Although their lyrics are almost all incomprehensible, I’d assume they are about some pretty raw shit. Just listen to the intro to the ‘Live At Black Goat’ tape; it’s a fucking police interview with the band. This alone should be enough to give you a good idea of the vibes this band is putting out. But don’t be confused – this is not ‘tough guy hardcore’. Rort is far better than that. Like most Australian punk bands, they have not received the recognition they deserve as the fucking great band they are. Also, like most Australian punk bands, their discography is scattered and hard to find. Below is all I’ve been able to find so far, save for a couple of tapes and one demo that never seem to have made their way onto the internet. Also, they’re supposedly dropping an LP really soon, so look out for that in the near future!