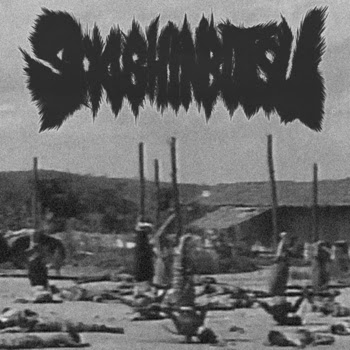 There was a collective sigh of disappointment heard around the world when Eddie Brock broke up back in early 2013, and while that sucked (and it still does) we now have Sokushinbutsu to plug that gaping hole. The Baltimore band, named after the gnarly Buddhist mummification process, are essentially a bunch of hardcore guys playing super, super heavy death metal. So not only do you get  punishing guttural vocals and buzzsaw riffs, you get the chugging breakdowns and agression normally associated with a hardcore release. This thing's heavier than lead covered bricks, and meaner than a snake in a boot, and you'd be damn fool not to subject yourself to its pulverizing embrace