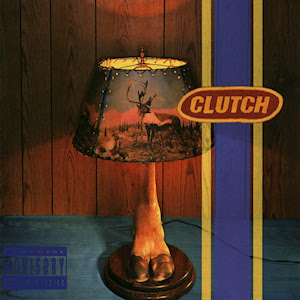 They are. Clutch are the coolest band ever. Fuck you if you don't think so. Seriously.
This album is a salute to everything trashy, redneck-y and eccentric. Stoner rock riffs, hardcore energy and a pervasive oddball feel that makes this album so damn, well, cool. Transnational Speedway League spends it's time darting between anger and angst then back to nonsensical tales of monster trucks and samurais, an odd combination, but one that works. Neil Fallon's raspy, blues shout combined with his skill with lyrics and prose (I'm not counting Binge And Purge, you'll find out why soon enough) are the driving force behind this release, there's so much personality and flair to them. While I've enjoyed their progression into the funky/blues hard rock band that they've become, this will always be my favourite Clutch release. It's angry, it's weird, it's catchy and it's free, so you should listen to it.

A Shogun Named Marcus
Posted by Unknown at 18:10