Mind Of Asian - A Small Elephant In A Large Forest 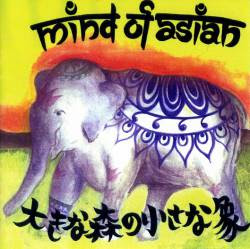 'A Small Elephant In A Large Forest'
Mind of Asian
2008

Yet another excellent Japanese thrashcore band. Mind of Asian are an all girl group who play a straight-forward, powerviolence and fastcore influenced thrash. While this sticks to the usual song formulas, Mind of Asian throw in a few segments with tradtional Japanese instruments, killer guitar leads and absolutely furious vocals. This is 16 minutes of brilliant thrashcore in just as many minutes, and you should probably listen to it.

(Note: There's quite a few tracks in here with titles in Japanese characters, that may or may not work with your media player. Download the alternative tracklist here)