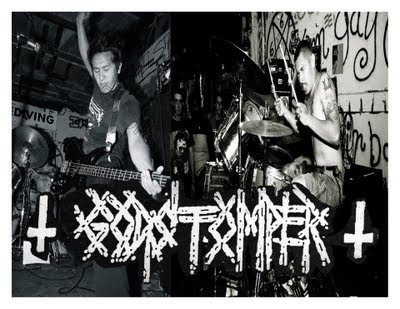 Genre: Powerviolence, Grindcore, Noise, Experimental
For Fans Of: Man is the Bastard, Spoonful of Vicodin, In Disgust

Godstomper deliver some of the gnarliest, fuzzed out, distorted bass and drum powerviolence out there. Awesome grooves, double kick pedal barrages and the best (in my opinion) vocals in powerviolence, these two dudes have been going strong since 1991. This here is a collection of four Godstomper releases, including their Slap A Ham classic, Saturday Morning Powerviolence. While it's mostly good ol' grind and violence, Anarchy USA stands out from the others. A purely experimental album put out by the band in 2008, it's an eclectic mix of industrial, electronica, samples and even soft rock.