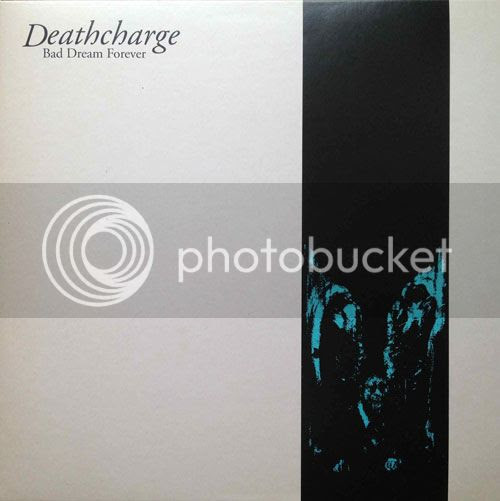 Deathcharge have something of a incongruous name given the nature of their moody, sanguine tunes. Surprisingly enough these guys started their life as a d-clone/Motorhead worship band, eventually dropping the dis and opting for Amebix style gloom on their last LP (2012's Love Was Born To An Early Death) before arriving in dangerously goth territories on this 12" EP. It's an interesting progression, but one that the band are making their own. With melodramatic vocals that have a bit of an edge to them (think Jaz Coleman crossed with Peter Murphy, and you're kinda there) along with melancholic, dissonant guitar lines that flirt with melody it's standard post-punk/gothic rock with traces of punk agression and a bit more menace than say, the Smiths or The Cure. So if you're expecting something akin to Deathcharge's previous output, you'll be a bit surprised, but for those of you looking for some neat modern post-punk you're in for a treat.