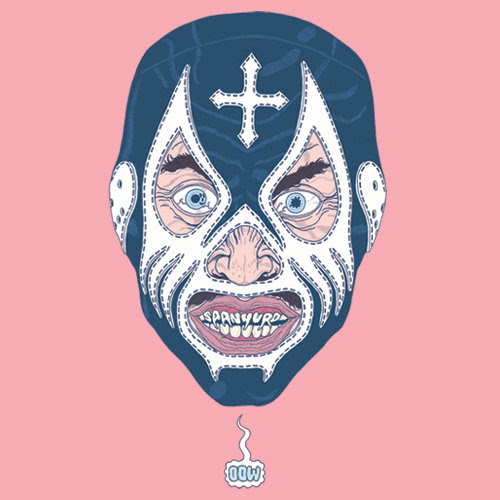 Spanyurd are a bunch of (very) noisy misfits who hail from Chicago. The four piece band play a manic concoction of noise rock and math rock with a smidgen of hardcore to top things off. Spanyurd fall onto the 'weird' end of the math spectrum (sorry to disappoint those twinkle daddies out there) with wonky, atonal guitars that don't actually sound like guitars pitted in deadly battle against the drums and bass. Lead singer, 'Alice MC "SadBird" Thug Lyfe' has a rather versatile voice, with her warbled barks, screams and strained singing voice a perfect companion for the cacophony of the band. OOW is a solid entry into the noise rock genre - heavy as balls and utterly bonkers with nary a conventional song structure in sight. Spanyurd's discography is available on their bandcamp, with OOW being a $3 download at the moment. Do yourself a favour and give them a listen.

Bandcamp
Posted by Unknown at 21:34