Merzbow and Consumer Electronics - Horn Of The Goat 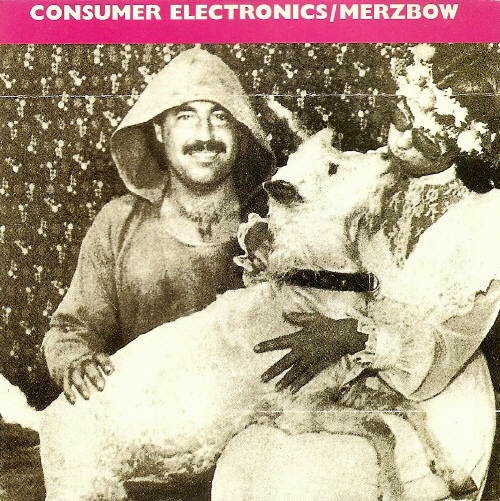 'Horn Of The Goat'
Merzbow and Consumer Electronics
1995

In 1995, Whitehouse alumni Consumer Electronics and Japanoise powerhouse Merzbow (aka Masami Akita) collaborated on this here record, Horn Of The Goat. Surprisingly it isn't the crazy-ass harsh Japanoise Merzbow was churning out in the mid 90s, nor was it the confronting power electronics Consumer Electronics was performing. Rather, Horn Of The Goat is heavily based off synthesis and loops, exploring spacier, robotic territory while not necessarily being an atmospheric album. With multiple synths layered on top of each other, along with loops and samples, it's an album that's juts jam packed with sound and tones - there's a lot to sink your teeth into, with multiple listens allowing you to pick everything apart. Additionally there's a few instrumental sections (guitar and drums) thrown in that give off some unsettling psychedelic vibes. As far as noise collaborations go, it's top notch stuff, made even more impressive by the fact that both contributors were doing something different to their main bodies of work (at that time anyway, Merzbow's toned himself down recently).