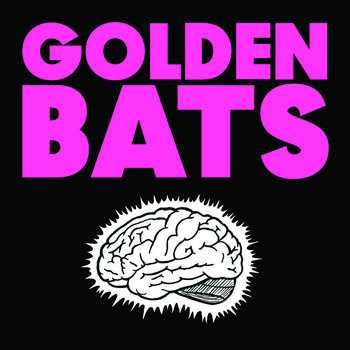 Golden Bats is a sludge/doom project from Brisbane, Australia from singular, 'Golden Bat' Geordie Stafford. As the title may suggest, this is his sixth release (seventh if you count the split with Dumb Numbers),and it's a fine of example of someone making much more noise than a singular person has any business doing. Not that that's a bad thing at all. While it's a one man band, that doesn't stop Golden Bats from sounding like any other fully fleshed out musical project, with Geordie handling vocal and guitar, and a machine handling the drumming - both in studio and live.
VI pairs Sabbath style doom riffs with the harsher elements of sludge metal to great effect. The plodding  dirges also dive into melodic territories, offering harmonizing guitar lines and synth deviations that are surprisingly uplifting given the downtrodden nature of the tunes. Vocal wise, Golden Bats are more akin to the more abrasive side of sludge, with a hoarse throaty bellow coated in a tasteful layer of reverb. Together it's a formidable slab of dark vibes, tasty riffs and a kick-ass Autopsy cover.
VI and all of Golden Bats' other releases are available for your listening and downloading pleasure on their bandcamp - which I highly suggest you go visit now.

Bandcamp
Posted by Unknown at 20:01