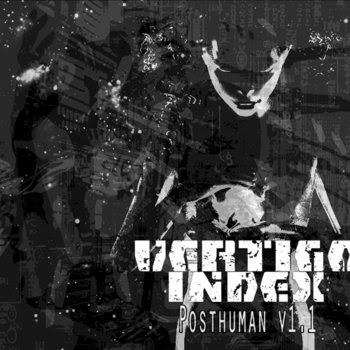 Any band that names themselves after a Discordance Axis song are okay in my book - and if they happen to sound like them, hell that's even better. But that's not to say Ohio band, Vertigo Index, are mindless clones. Rather the three piece band channel the chaotic, angular grindcore we know and love into an entirely different, yet vaguely familiar beast - even one that recalls the likes of chaotic hardcore in the vein of Gaza or Cult Leader.
Sporting a definite hardcore influence in both musical and vocal delivery that ties in nicely with the usual grindcore stalwarts (i.e blastbeats, guttural vocals and blistering tempos), Posthuman v1.1 certainly shows potential, given that this is the band's first recording.
Wearing your influences on your sleeve is one thing, but having the chops to do that and crank out some original, killer tunes is another, and Vertigo Index do this with flying colours. Head on over to their bandcamp where Posthuman V1.1 is available as a pay-what-you-want download, or hit up the link below.

TRACKLISTING:
1. The New Tomorrow
2. No Fate But What We Make
3. Posthuman Decline
4. Mother Boxx
5. Chrono Distorter
6. Head In The Mushroom Clouds