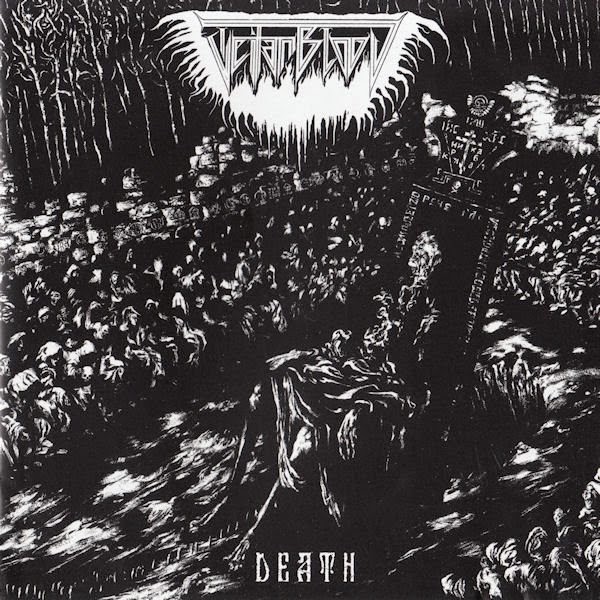 Holy fucking shit, this album.  If you want to know what it feels like to be hit by a train without actually having to die or be severely injured, then this album is exactly what you're looking for. This thing is a total monster; it's intense and feels like an unstoppable juggernaut.  In total, this black/death rampage lasts around 68 minutes, but, even with my short attention span, I did not get bored once by this album despite its length.  Every second is jam packed with brutality and aggression.

The masterminds behind this masterpiece are Teitanblood, a Spanish black/death band who formed in 2003.  Since then, they have put out a demo, two splits, an EP, and two LPs (this being the second LP).  Now, I'm not going to say that Teitanblood is exploring uncharted territory, they play some pretty straightforward black/death.  However, their brand of black/death is so well executed that it definitely needs noting.  I will say that, if you came here looking for a Blasphemy or Mystifier clone, you'll be disappointed. While those influences are clearly present, Teitanblood has masterfully crafted their own horrifying sound that balances perfectly between black and death metal.

If you've seen hype around this album, but have been hesitant to check it out, trust me when I say that the hype is justified and you need to stop sleeping and just click "download" at the bottom of this post.  And then brace yourself, because you're probably not ready for this.