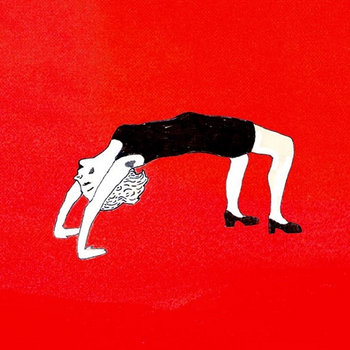 
Genre/s: Post-punk, No Wave, Noise Rock
For fans of: Teenage Jesus and The Jerks, Tinsel Teeth, The Birthday Party, Arab On Radar

So anyone that read my way delayed and poorly edited list of bands to watch out for this year would know that despite already giving this band a shout out I felt it was necessary to give them their own submission regardless because they are easily one of my new favourite local acts to have come out from the city of the world's biggest KFC in the southern hemisphere (I'm not even kidding look it up).

I get giddy for any bands that ride a fine balancing act between being aesthetically unbearable and remarkable with some younger bands either being not oddball enough to be fascinating or too much on the weird factor for its own good. In WHC's case they pretty much sound like pro's already in their first release. How they manage to capture on recording a vicious sound mixture of noisy no wave post-punk madness that tethers between abrasive and melodically contagious at the same time is a true testament to how talented they are. The best part of the band is that it seems that all the instruments are always begrudgingly trying to play along but at the drop of a hat they all quickly break ranks and attempt overdo one another in a glorious mess of mismatched riffs and beats and by god does it work like a treat and to top it all off the sole vocalist here is akin to the angsty teenager child of Lydia Lunch, Kim Gordon and Karen O running away from home to join a circus curated by psychopaths.

Anyone that sleeps on this band will be missing out on a bad time but in a good way, like walking to a dog park with wearing nothing but boxers made out of mince meat or maybe as I alluded to in the shorter review, walking to work in your birthday suit. Basically its an EP best served nude for reasons I cannot explain.

TRACKLISTING:
1. My Opinions On Mexican Day Of The Dead Makeup Tutorials
2. How To Get Their Skeletons Their Whitest
3. Mambo No. #666
4. Witch's Cyst
5. Foil
6. What Me Worry?

Bandcamp
Posted by Jerry Kahale at 04:00