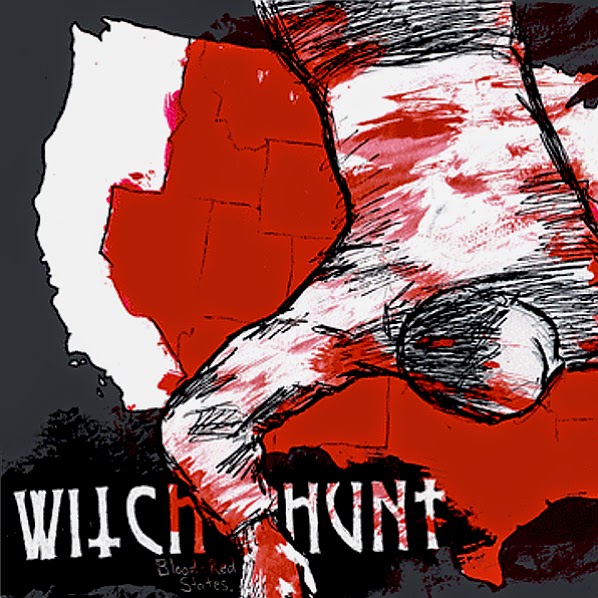 I should probably preface this review with the fact that Witch Hunt is an incredibly important band to me. I think they were the first local band I'd ever seen who didn't suck, and they were the first band who I actually held a conversation with. Their Siege cover led me to discover grind and powerviolence, their Rudimentary Peni cover introduced me to my favorite band of all time, and their music and performances inspired me in the making of my own music.

Forget what you've heard about this band. They are not a crust band, they are not associated with Leftover Crack, and they certainly didn't lose their edge after their first album (the opposite is actually true). Originally hailing from New Jersey with a three member lineup of Janine and Nicole Enriquez, and Rob Fitzpatrick, Witch Hunt (briefly known as Witch Trial) released a few 7"s and an LP of intense political hardcore, improving on their sound with each release. Eventually, they relocated to Philadelphia and recruited a fourth member, Vince Klopfenstein, who filled their sound out even more. And then they released this powerhouse of an LP.

The bands mentioned at the top should serve as an indicator as to just how intense, powerful, and well composed this album is. Shrieked vocals are traded off between three singers and layered atop distorted bass, crunchy and chorused guitars, and backed by relentless and precise drumming. There's even room for catchy and melodic parts on this record which help to accent the pure passion and raw emotion that drove this band. While much of the music may come off to some as fairly simplistic, there is depth found in the brilliant subtlety of the guitar work and drumming which manage to play on classic punk conventions in refreshing ways. Every song on this album stands out, yet they work beautifully together as a whole.

Sadly, Witch Hunt called it quits in 2010 (after a third LP with much more Hüsker Dü influence), but they live on as not only one of the best anarcho/peace-punk bands of the early 00s, but also as one of my favorite bands and as a huge influence on me. I usually like to keep my reviews fairly analytic, but this one is close to home for me. For those interested, members currently play in The Brood (Janine) and Sickoids (Rob and Vince), both of which fantastic bands in their own right.

But enough of my sentimental bullshit, here's the album.