So I've been busy doing non-blog stuff for the past week (i.e work/moving house), and since then I have been inundated with noise submissions, which is awesome! On the flipside, I am struggling to do a full write up for each artist, so I figured I'd go with another noise megapost - this time without the shameless self promotion. I'd like to make these sorts of posts more common, so if you're a noiser, and you want your stuff plugged, send it in, by all means! The more submissions, the more mega posts I can put together! 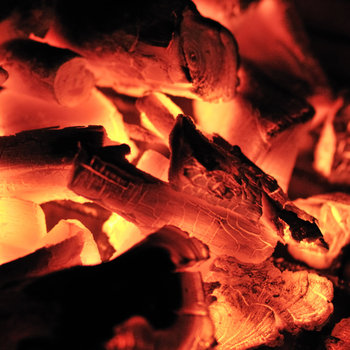 Topher Wallace is the man behind Glossary Records as well as noise project Peasant. Just last week, the Texan based noiser released this tape and boy is it a doozy.  Auto-da-fé is two tracks (well over the ten minute mark) of swirling, chaotic screeches and static. Both tracks are excellent displays of cut-up, harsh dynamics with beefed up low end. A prime example of how to record longer noise tracks without boring the socks off people.

Coming at you from Toronto, Canada is the solo project, HRRR, courtesy of Gene Fracassi. Rooted in the industrial techno/experimental noise side of things, HRRR's music is built on synthesizers and samplers, as well as effects pedals. adwa is cold, apathetic music that sounds like it could be played in a nightclub populated entirely by robots. Minimal beats, punch synth lines and eerie background ambience make for intriguing listen indeed. 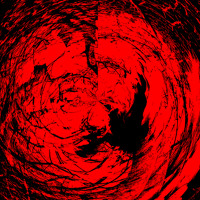 Noise from one of the guys out of Bad Juju.
Travis Pipkey's noise is a harsh and hectic as it gets, with plenty of shrill bursts of feedback, and pummeling effects pedal manipulation to get you all excited too. The extremely distorted and completely indiscernible vocals give Nerve Vitamins noise an even more disorienting and chaotic edge, showing up rather sporadically to shatter your nerves and damage your hearing.

Limbs Bin is the noise project from Mr. Josh Landes. Power electronics meets noisegrind meets harsh noise in this cacophonic, intense ten minute track. Only Torture begins as a straight-up harsh noise wall track and gradually evolves into something else entirely, incorporating bursts of drum machine blasts and Josh's vocals. While this super-duper limited tape has since sold out, it's available here for free. Go for it!

Rectocel is the collaboration between Jesse Kling (Rape-X) and Alexandra Pharmakidis (Power Monster, who have been reviewed on here before)
Honestly, the whole sexually deviant power electronics thing has been done to death, but Rectocel have some  brilliant noise work to back up their questionable subject matter with. Massive crumbling walls of static, distorted samples and eerie, menacing vocals are the game plan here, with a cover of Total Abuse's 14 Years Old to boot.