I've gotten a heap of new noise submissions over the past two weeks, and now that I've pulled myself out of the lazy abyss that had been consuming my willpower I think I might post them now.

'DROWN' - GRVD
GRVD is the 'Depressive and Suicidal Harsh Noise' project of Brent Gunn, out of Ann Arbor, Michigan. If you're looking for thick, tightly compacted walls of noise and severely distorted vocals that practically just jump out of the throttle you then maybe you should give GRVD a listen. There's a heap of cool little deviations from the static and feedback from what sounds like a synthesizer and a few pedals, but I think the ultimate goal is to mow you down with some extremely violent noise.
Bandcamp '13-31/31-13' - BoneMagic
'Charmingly retro' and 'dance-able' are not terms I'm used to throwing around on this blog, but yet here we are with BoneMagic. The brainchild of Matt Hex, BoneMagic invokes ritual atmospheres via the synth and drum machine flavors of 80s electronica, with his own harsh vocals. Seeing artists who've come from noisy backgrounds flirt with other genres is always rewarding, and the same can be said here - the synthwave/noise stylings of BoneMagic are something to behold/
Download

'Some Live Shit' - MPHIAT
As you might've figured from the titled, this EP features two live recordings from MPHIAT aka Zack Dion. This 7" was just released via H8 Track Stereo and features some of the most unhinged, deranged power electronics you'll ever hear. Apart from the wailing, high pitched screeches of feedback you'll also be treated to the inhuman, and utterly terrifying vocals of Zack, who sounds like a man possessed by a particularly malevolent demon. Harsh, scary stuff.
Download
Bandcamp 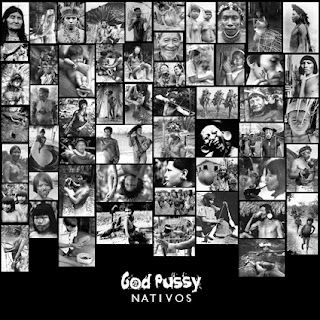 'Nativos' - God Pussy
Swirling vortexes of harsh fucking noise courtesy of God Pussy, a project from Brazil. My grasp of the Portugese language is abysmal (i.e non existent), so I resorted to google translate to find out more about this release. From what I can gather, Nativos is a chronicle of the atrocities and injustices faced by the native Brazillian people - presented through dynamic,  and very damaging harsh noise.
Download
Blogspot 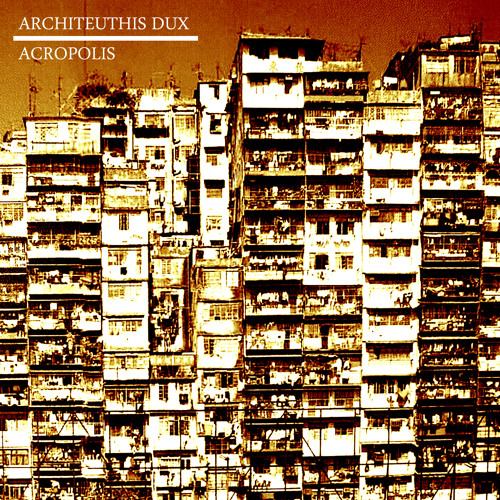 'Acropolis' - Architeuthis Dux
Architeuthis Dux bring a whole new level of power electronics to the table on Acropolis, with their caustic melting pot of mangled synth, screeching electronics and garbled vocals. It's the weird, insectoid noise you'd expect from the likes of Bastard Noise, but ramped up to the absolute extreme with a constant barrage of the harshest possible tones. Most definitely not one for fans of ambient music.
Soundcloud/Download
Bandcamp

'When The Light Took Us Away' - Blakkr Nio
This one's not so much noise as it is a solo, guitar based drone project - but it should appeal to you noise freaks nonetheless. Across five tracks, Blakkr Nio explores heavy, grating drones, as well as more ethereal ambient pieces that recall some of Earth's later releases. While there is an element of 'tone worship' on When The Light Took Us Away, it is a distinctly lo-fi recording, which, combined with the doom laden, drawn out riffs invokes a superb atmosphere of isolation and desolation.
Bandcamp