Burmese - A Mere Shadow And Reminiscence Of Humanity 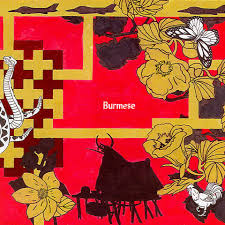 'A Mere Shadow And Reminiscence Of Humanity'
Burmese
2003

Burmese sound like they've just crawled out of the most dirty, filth encrusted sewer in hell. The bass heavy (and only) band mix some highly volatile noise rock/noisecore with doom riffs and menace to create an ungodly racket. With some odd vocals (grunts, growls, spoken word, manic warbling etc) and some pretty scary song titles,  Burmese have molded evil into an art form.