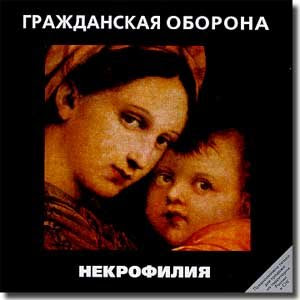 'In Soviet Russia, punk rocks you...'

Admittedly, the only reason I gave Grazhdanskaya Oborona (or GrOb for short) a listen was because they were a Soviet era punk band, and I thought that was pretty cool. Lead singer Yegor Letov (RIP) was strongly opposed to Russia's politics at the time which made him a target for the KGB and subsequently led him to being committed to a mental ward.

Interesting back stories aside, I was very glad I did give them a listen. GrOb's music is eclectic, sometime's bleak, sometimes uplifting but consistently energetic. Taking cues from post-punk, psychedelia and Russian folk musk, GrOb were certainly an original band and I can only imagine how refreshing their music would've been to their fellow countrymen back in the day.

As far as I can tell, all of Grazhdanskaya Oborona's music was recorded in Yegor Letov's apartment with no specialised equipment, so expect some fairly lo-fi stuff here.