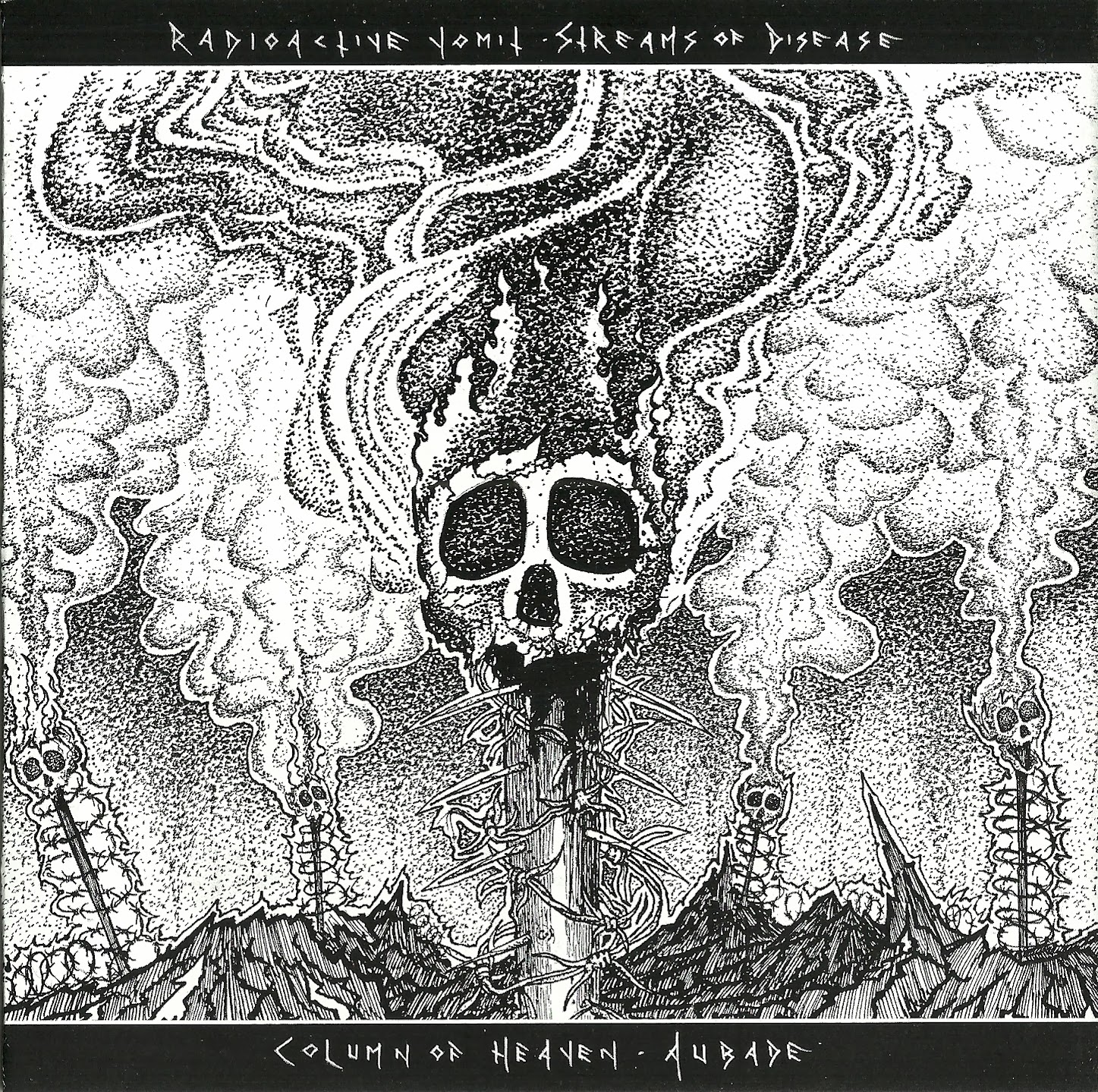 This little bundle of joy here is a split between two of Canada's best, Radioactive Vomit and Column Of Heaven. Radioactive Vomit have been going since 2010, and have been spewing forth sludge-y, bestial black metal, whilst Column of Heaven emerged from the ashes of The Endless Blockade, also in 2010. On this split, RV showcase their nasty, primal black metal, guttural vocals and wailing guitar dive bombs and all, over three tracks. Column of Heaven on the other hand go for a more experimental approach, melding power electronics and harsh noise with powerviolence over two tracks. This is two very different artists coming together to make some extremely heavy, vile music in what essentially is the soundtrack to some kind of nuclear fallout. Suss it below.

Column Of Heaven - Aubade
1. Aubade I: Sun Undefeated
2. Aubade II: The Trident Of Light And Decay